The Truth About Women 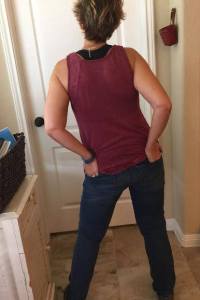 Do these jeans make my butt look fat ?

You know what is a very healthy habit?  Keeping the females in your life happy. Whether they be wives, daughters, girlfriends, bosses, etc. Everybody always says that women are so complicated and hard to figure out.  Really, we’re not. Now granted; I am not your ordinary woman… and I am not a girly girl by any stretch of the imagination … but I do know a little bit about my gender.  So let me fill you in on some secrets, in case you need to know. Of course they are exceptions to this secrets … but for the most part you should probably buckle up, I’m pretty blunt.

2 thoughts on “The Truth About Women”