By: Debra Sue Higginbotham
a.k.a. Healthy Habit Lady
Originally Written: June 6, 2003 – it was a Friday

Created in God’s image,
yes I am, that is me.
How amazing it feels,
to know how I came to be.

Chosen by God Almighty,
I owe my time and service …
yet somehow, that notion,
makes me a little nervous.

He gave me many gifts,
some apparent, some not.
I need to try and serve him,
with everything I’ve got.

He hears my every prayer,
he knows my every thought …
and through his son, Jesus,
my salvation was bought.

The creator of the universe,
wants to spend time with ME!
Who am I to refuse, or
claim that I am too busy ?

Fearfully and wonderfully made,
my body is like a temple…
and I should treat it as such,
it really is very simple.

God empowered Moses,
and he can empower me …
if only I’d stop and ask,
then he would make it be.

I am chosen and blessed,
and I am humbled by grace …
yet my self esteem soars —
to think that I resemble,
God’s face!

Posted on September 1, 2013 by The Healthy Habit Lady

Dear Lord – open my heart –
and open my mind as well,
I want to be your servant…
even IF it’s hard to tell.

Please forgive my grumbling –
if it should come about,
show me where I’m needed…
so I can be helping out.

Dear Lord – take my hand –
and help me understand,
you ARE my foundation…
in the midst of sinking sand.

Please forgive my hesitance –
if I am slow when I react,
teach me how to witness…
with humility and tact.

Dear Lord – lead the way –
and be with me today,
help me be an example…
in all I do and say.

Oh you know I need you –
remind me what is true,
faith isn’t really faith…
until it’s all I’m holding onto.

Dear Lord – give me the nerve –
to resist Satan’s curve,
to walk a narrow path, and …
to Step Forth and Serve !!

All material is hereby copyrighted.

Behave Your Way Into Action
By: Debra Sue Higginbotham,
a.k.a. Healthy Habit Lady

Don’t wait for motivation, to drum up inspiration –
Get busy with perspiration – and behave your way to change.
Don’t wait for tomorrow, or another day to borrow –
Move beyond any sorrow – so your thoughts can re-arrange.

Don’t wait for perfect timing, or for me to stop this rhyming –
Get busy and start climbing – the ladder to success.
Don’t wait for an invitation, or the latest innovation –
Move into motivation – and settle for nothing less.

Don’t wait for a special day, to find the nerve to say –
Get busy without delay – and resolve be your best.
Don’t wait for the perfect mood, or a cosmic interlude –
Move away from the FOOD – it should be fuel, not a love-fest!

Posted on February 1, 2013 by The Healthy Habit Lady
So, I just finished up a 30 day challenge that I did privately.  I did not tell a soul about this, not even my husband.  I just kept it to myself.
You see, I often listen to contemporary Christian music, and here in town, the radio station is KLOVE.  But I never listened to it exclusively.  I would jump around between KLOVE and the local country station, and sometimes a pop station.  I’m not new to Christian music, I’ve been in love with it since I was a teenager, but it’s never been an exclusive choice.
Anyway, the KLOVE station frequently promotes their 30 day challenge, where you make a promise to listen ONLY to Christian music for 30 days, whether on the radio or your iPod or whatever.   I took this challenge and actually did it for 31 days, all of January.  I started New Year’s day (obviously).  Again, I never told anybody.
About the 3rd week in, my teenage daughter says to me in the car, ‘you know mama, you sure have been listening to a lot of Jesus music lately’.   I just said ‘yep’.  She then responded with she thought it was nice.  That was pretty much the end of the conversation.
I must say, I really did enjoy this whole past month of listening exclusively to Christian music.  I’m not saying I’m going to do it that way forever, but I did not change my radio station today, even though it is now February.  One unexpected value that I received from this is the confidence in completing something.  That probably sounds minor, but in all of my heath and fitness quests and challenges and things going on, it’s nice to just quietly complete and accomplish a goal.  I find it very motivating.  It makes me want to set MORE goals and meet them/beat them.
Another neat thing happened, I discovered new music … and found some great workout music.  I finally redeemed some iTunes gift cards I’d been hanging onto and loaded up with a ton of new songs (all Contemporary Christian music).
I also realized that I like listening to the news on the KLOVE station.  You see – in the past – that is always when I would change the channel, because I didn’t want to listen to talking.  Once the news or jibber jabber came on, I’d switch to country or something else until I found music.  Participating in this challenge forced me to just leave the station alone and listen to the talking and the news and the testimonies and prayer requests.  I really found this uplifting and encouraging.  I must tell you; I had no idea I was missing out on some of the best stuff from the station.
Anyway, just thought I’d share that.  I’m more motivated, and have been slowing creeping out of this funk I had been in lately.  The month of January did wonders for me.   What goals will you set?  What can you accomplish in February that will put you in a better place? 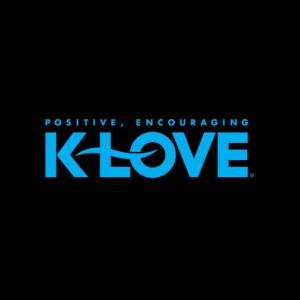 I Threw It Out

Posted on January 7, 2012 by The Healthy Habit Lady

I discarded my Inhibitions … they were simply crowding me out.
Made room for my New Growth … purging old fears and doubts.

I removed my stains of Sin – – no time to ponder them anyway.
They are nailed to a Cross … so I can start fresh new today.
Some new thoughts appeared – such as I can, I Must, I will.
Eradicated “I might” … So I could stop standing still.
I picked up a special thing – and placed it on my heart.
I found it – it’s called Peace … it’s a great place to start.
Yes, I’ve cleaned up nice … can’t you see it in my eyes?
for things like Worry and Doubt – have said their good-byes.

Thought for today:
Throw Satan out and bring Jesus in – he’s the best cleaning agent there is !

This material is hereby copyrighted. 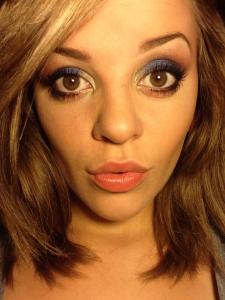